What is Geothermal?
Geothermal has been used in hot water heating since antiquity. In Europe, the Romans piped hot underground water and steam for public baths. On the other side of the globe, the Japanese have luxuriated since the Heian era in hot-spring onsens which populate their volcanic archipelago. Yet, as a source of renewable energy, geothermal electricity has gone largely ignored as fortunes have been heaped on its rivals.

Presently, most geothermal electricity directly taps into volcanic areas. It is just a matter of directing it and using it—not a project that needs state subsidy. As the US DOE states, “Present geothermal power generation comes from hydrothermal reservoirs, and is somewhat limited in geographic application to specific ideal places in the western U.S. This represents the ‘low-hanging fruit’ of geothermal energy potential.”

However, this is limiting. In most places, you have to dig deep to get at useful amounts of heat, and it is certainly true that exploration and drilling costs have remained stubbornly high for the deeper wells needed outside hot-spring regions, and that developers have been slow to devise better ways of extracting heat from such rocks, even if wells are sunk.

As the US DOE illustrates, fluid injection allows previously untapped hot rocks to become a geothermal source (Image: US Department of Energy).

An important advance has been made—or, rather, borrowed from the oil and gas industry. This is the use of hydraulic fracturing (“fracking”), in which, in the case of oil or gas, water is injected into rocks whose hydrocarbons are too tightly bound to the rocky matrix to rush to the surface on its own. The high-pressure water shatters the matrix, releasing the bound hot rocks. Hydraulic fracking for geothermal energy works in a similar manner.

This new “enhanced geothermal systems” as the US DOE calls it, can extract energy from rocks which are hot enough, but too dry, to produce steam. In such cases, developers bore two wells several kilometers down to the basement rocks and fracture the matrix between them with either high-pressure water or explosives. Water is then pumped down one of the boreholes and rises, heated, up the other. The pressure drops as the boiling water approaches the surface, causing it to flash into steam. This steam is used to drive turbines for generating electricity.

The US DOE identifies three steps in the process of creating and operating these enhanced geothermal systems (EGS).

Hydraulic fracking for geothermal energy is actually the wrong nomenclature. Enhanced geothermal relies on hydro-shearing rather than hydro-fracking, and as such, functions as a closed loop with the potential to produce electricity around the clock. The difference is that EGS is used to open existing rock fissures rather than create new ones, and the water injected into the ground generally matches that naturally found at the surface: It contains some minerals, but no chemicals or sand. Not only that, but in some areas where older projects are being resumed, experts say all that’s necessary is to reopen earlier fissures in the rock, not make new ones. On the other hand, shale fracking in the oil industry injects chemicals and water into the ground to break the rocks and allow access to the deposits.

You can’t escape from earthquakes though with hydro-shearing. Both fracking and shearing can cause tremors of the Earth. Fears over that particular drawback have already caused the shutdown of a geothermal site near St. Gallen in Switzerland after drilling for the well was thought to have contributed to an earthquake of 3.5 magnitude in 2013.

Economic Benefits
A report prepared several years ago by scientists at Massachusetts Institute of Technology (MIT), which examined the potential for enhanced geothermal systems (EGS), reckoned $1 billion spent over 15 years on research and development could lead to 100 gigawatts of geothermal generating capacity being established by 2050 in the United States alone. Worldwide, the amount of geothermal energy that might be extracted this way could exceed 200 zettajoules (over 50 million-billion kilowatt-hours). With further refinement, the MIT researchers estimated that ten times more geothermal energy could be made available—enough to meet the world’s current needs for several thousand years.

Early EGS work in Nevada, California and Oregon has shown promise. And even without taking EGS into consideration, a 2012 National Renewable Energy Laboratory study of scenarios for high penetration of renewables showed U.S. geothermal capacity growing from its current 3.4 gigawatts to as much as 25 GW in 2050, accounting for 4.2 percent of the generation. And much of the geothermal’s growth could come in the next decade, NREL said.

The reason enhanced geothermal wells have to be deep is that the thermal efficiency (and thus the profitability) of geothermal generation is particularly sensitive to the temperature of the water brought to the surface. That temperature needs to be 150ºC or more to produce steam powerful enough to drive electrical turbines. Away from places where tectonic plates abut, the temperature of the underlying rocks increases by roughly 25-30 C per kilometer (23-26 F per 1,000 feet) of depth. This means that to get water hot enough to raise steam, you have to drill down several kilometers.

Short of sinking wells to unprecedented depths (the deepest so far is 12.3km), the water temperature is unlikely to be high enough to produce the quality of steam found in a boiler heated by fossil fuel. At best, the thermal efficiency of geothermal power generation is around 23%—about half that of a coal-fired power station. This does not mean geothermal electricity is uncompetitive. The capital costs of geothermal plants are high—as much as $2m-7m per megawatt of capacity. But with the fuel being essentially free and maintenance and environmental problems minimal, operating costs are particularly low. Typically, geothermal generating plants produce a kilowatt-hour of electricity for around five cents (the same as coal), compared with eight cents for wind and 13 cents for solar.

One final virtue of geothermal electricity to be mentioned is that it can provide base-load power, flexible power or anything in between. In other words, it can be a base-load producer that runs all the time, a “load-follower” that operates during the day and into the early evening, or even a “peaking power” plant that ramps up quickly to meet sudden spikes in demand. 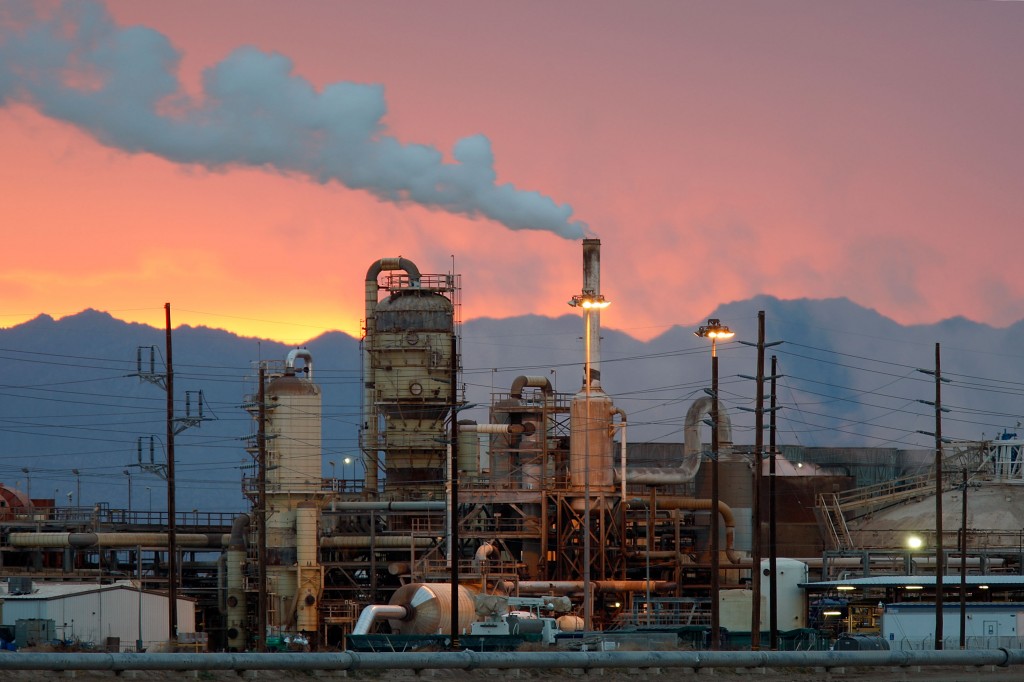 In addition to Iceland’s large operations, Germany, Italy, Indonesia, Kenya, the Philippines and New Zealand—not to mention the U.S.—are already producing geothermal energy, and all have large projects under construction. The EU has set a goal for member countries that 20% of all energy consumed must be drawn from renewable sources by 2020. France is already at 14%, but its plans for geothermal call for a nearly 400% increase by 2020, to 80 megawatts. Currently, geothermal accounts for between 3–6% of France’s total heat production, but the additional wells around Paris will boost Semhatch’s heating network capacity by around 25%. That amounts to 35,000 homes.

According to a September 2013 report by the Geothermal Energy Association, 70 countries around the world are looking to geothermal as a means of boosting energy production. The US Department of Energy (DOE) has invested $45 million into geothermal energy research in 2014. This is a paltry sum compared to solar research which amounted to $257 million in 2014 but perhaps this number will rise in the future with the development of new technology borrowed from the oil industry. With worldwide investments, the future is heating up here.